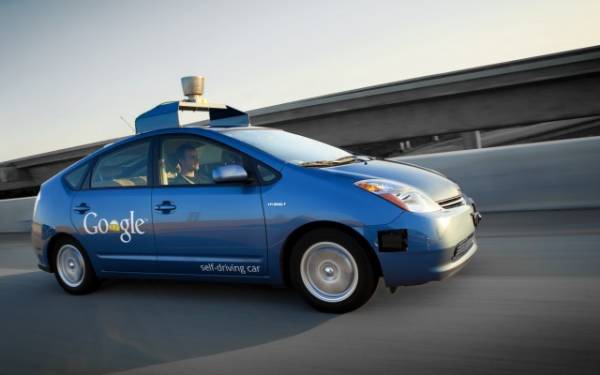 For me, Google’s driverless car is a fascinating topic. It brings up questions of safety, liability, convenience, insurance, and the future of how we will get around. There’s a great (and short) TED Talk by Sebastian Thrun about the driverless car. He is director of the Stanford Artificial Intelligence Lab and he helped build the Google car. According to Thrun, he is convinced that the driverless car will dramatically reduce the number of car accidents. Here’s the video:

There’s also a Wikipedia page devoted to the Google driverless car that has some interesting info. For example, in August 2012, the Google team responsible for the development of the car reported that they had test driven the vehicle more than 300,000 miles with no accidents. The article also mentions that the state of Nevada recently passed a law allowing driverless cars on the roads in that state. I can only assume that other states will eventually follow suit.

As a personal injury lawyer, I’m all too aware of the fact that in the vast majority of cases, auto accidents are caused by human driver error. It may be that the driver was inattentive, drowsy, under the influence, followed too close, failed to yield, drove to fast for conditions, etc. With driverless cars, will human driver error be taken out of the equation? If so, does every auto accident claim become a product liability suit? Will we have to prove that the vehicle’s computer malfunctioned? That the sensors were not properly tuned? How will auto insurance cover a claim involving a driverless car? Typically, auto insurance covers the driver for negligent acts, or accidents. Does a driverless car commit acts of negligence? I don’t mean to be philosophical, but our conception of negligence may have to change if driverless cars start hitting the roads.

Anyway, it will be interesting to see how this plays out over the coming years. Maybe driverless cars won’t catch on – after all, for some of us, we enjoy being in control and driving our own vehicle.