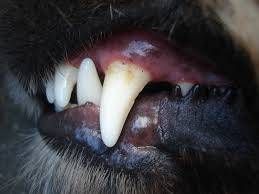 There is nothing more scary to be out on a walk and then to come face-to-face with a dog baring its teeth. Whether they are lunging to attack or not, it is a situation you want to get out of as fast as possible. A lot of times however, the dog attack is not foreseen. Often with a family or friend’s dog, the attack can come out of nowhere.

This is exactly what happened to a 5-year-old boy living in Clearfield during October of this year. The family of the 5 year-old had recently adopted a pit bull from a shelter, and while the boy was playing with the dog in the back, the dog attacked him. The dog bit the boy in the stomach and proceeded to drag him around the yard. The boy was rushed to the hospital and taken into surgery for several injuries.

To avoid such an attack, you can teach you young children a couple of warning signs and things to avoid while around a dog, especially around a dog they do not know.

Teach your children to avoid jumping or screaming around a dog, or walking a dog up from sleeping. These behaviors can scare a dog and can cause them to react aggressively.

Dogs can take a constant eye to eye stare as a threat and may attack as a result. If a dog has large pupils, is staring, or their hair is bristling that if often a sign of forthcoming aggression, and is time to back away from the situation.

If a dog is acting posessive of a person or thing, they are probably feeling threatened. Give the dog some space and give back the dog’s toy if you have taken it.

It is is a good rule of thumb to supervise children under 8 while around a dog. Especially with a dog that belongs to someone else, you want to be aware of any warning signs and make sure the child is not riling the dog up in any way.

Even with these rules, sometimes unexpected occurrences can happen whether with a friend’s dog or one you encounter on the street. If you or a loved one have suffered an attack from a dog bite in Utah, we atHandy and Handy are here to help you with your case. We can answer your questions and fight for compensation for you regarding pain, suffering, and possibly lost income on account of the dog attack.