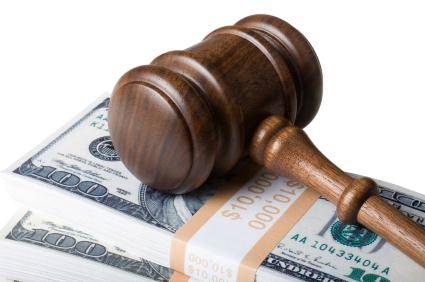 WHAT IS A SETTLEMENT?

A settlement happens when the parties involved in a lawsuit reach a resolution without needing to go to court. Specifically in a personal injury case, a settlement is reached when both parties can agree on the losses sustained and often includes an exchange of monetary compensation for those losses. People usually choose to settle in order to avoid the time and money involved in an actual trial, especially when the case is fairly straightforward and leaves little room for debate.

WHAT IS THE SETTLEMENT PROCESS?

The settlement process begins with a settlement offer being made from one party to the other. If the other party accepts the offer, then the two parties schedule a “settlement conference.” At the conference, the parties go over the settlement agreement that enumerates the settlement terms and indicates that both parties agree to the terms and accept the binding nature of the contract.

Further than just obtaining a settlement agreement, you can choose to submit the settlement to a judge who can make the agreement enforceable under law. This can help prevent further issues down the road if the liable party refuses to pay or if the injured party demands more compensation than was agreed upon.

Lastly, a non-disclosure agreement may be made in order to keep the settlement confidential. This happens, for example, in cases where a business does not want its reputation affected.

The settlement process will usually include at least some negotiation before an agreement can be reached since both parties will generally have different ideas on how much money should be awarded. Be prepared for things such as insurance coverage, liability, extent of injuries, and the degree of medical treatment to come up during negotiations as the other party determines how much they will initially offer and what their absolute limit will be.

Remember that patience is a virtue. The other party may make a low offer initially to see if you are impatient enough to to take it. The key to getting the most out of your settlement is to tread carefully through the settlement process but also to be persistent in requesting action from the other party. Be careful not to let the other party sit on the claim allowing nothing to move forward. Politely and professionally demand communication and progress.

WHAT DOES A SETTLEMENT COVER?

Settlements can include compensation for medical costs, lost wages, and intangible losses such as pain and suffering or emotional distress. There are no minimum or maximum limits on settlement amounts, but punitive damages are not included as they would be in a formal lawsuit.

DO I NEED A LAWYER?

Finally, it is important to note that, while taking a settlement means not going to trial, it still means working within the court system so having a lawyer to guide you through the process is indispensable. Schedule a free consultation with one of our many qualified lawyers today.